In this article, we will go through the 4 most expensive celebrity homes in the world… 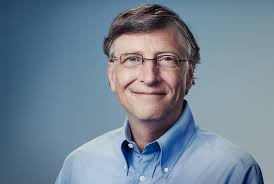 When you are one of the world’s wealthiest people, you can afford to build a home that you have imagined in your head and can turn into reality, as if it were custom-made to your personality. That’s exactly what Bill Gates, Microsoft’s wealthy founder, did when he built his 66,000-square-foot lakeside Xanadu 2.0 home in Medina, Washington.

Gates originally spent $14 million in 1998 to buy a lakefront lot and surrounding property to create the wooded 5-acre site, intending to build an ultra-modern home of the future with a residential compound designed in a “Pacific Lodge” resort-style, named after the estate of the title character in the film Citizen Kane.

The state-of-the-art multi-compound estate is entirely electronically monitored, right down to its trees, and is tucked into the hillside above Lake Washington for solitude and protection. Guests are apparently required to wear smart pins so that security can watch their movements and alter the music, lighting, and climate settings in the technologically augmented home to the individual’s preferences.

Mr. Clooney acquire this beautiful 18th-century Italian villa in Laglio on the lake Como in 2002. Back then the villa cost €11.7 million, it constituted of 25 rooms, an outdoor theatre, a swimming pool, and a large garage.

The house has a fully equipped gym, various landscape gardens, large bathrooms, a pizza room, and also a tennis court.

Many celebrities like to come near the lake for vacation – to escape from the Hollywood life – another well-known celebrity who owns a villa there is Donatella Versace.

The mastermind behind Star Wars – director, screenwriter, producer, and entrepreneur George Lucas, even if he sold his creation, he is still the proud owner of the Skywalker Ranch. Lucas had to spend a total of $ 100 Million in order to build and develop this ranch.

The property is located in the north of San Francisco and has been his little (or big) gem since 1978. He does not live there full time but rather goes there from time to time, as an escape or to work in the studio.

Within its boundaries, there are several screening rooms, vineyards, an underground pool, and even a small inn for clients and friends. The ranch has its own police so do not get away from the group; they are not very flexible.

This has been a long debate about whether or not the rich couple would buy a home in LA, and in 2017 they finally settle on buying a home in LA. The modern mansion situated in Bel-Air has been purchased for a price of $88 million.

Also within the approximately 2-acre compound is a full basketball court and separate staff quarters. There is garage space for 15 vehicles as well as a motor court and an area for staff parking.

These are the top 4 most expensive houses bought or built by celebrities, do you want to know more? Let us know in the comments…